Ishaan Khatter recently returned from his bike tour with elder brother Shahid Kapoor. The actor is now sharing some glimpses from their trip together.

Ishan posted a picture from Austria where he can be seen hanging from a rock upside down effortlessly and smiling for the camera. He captioned the image as “Somewhere 6,223 kilometres away”
Fans were all praises for the actor in the comments section.

While some questioned the authenticity of the photo and claimed it was photoshopped, others even went as far as to call him Spider-Man. 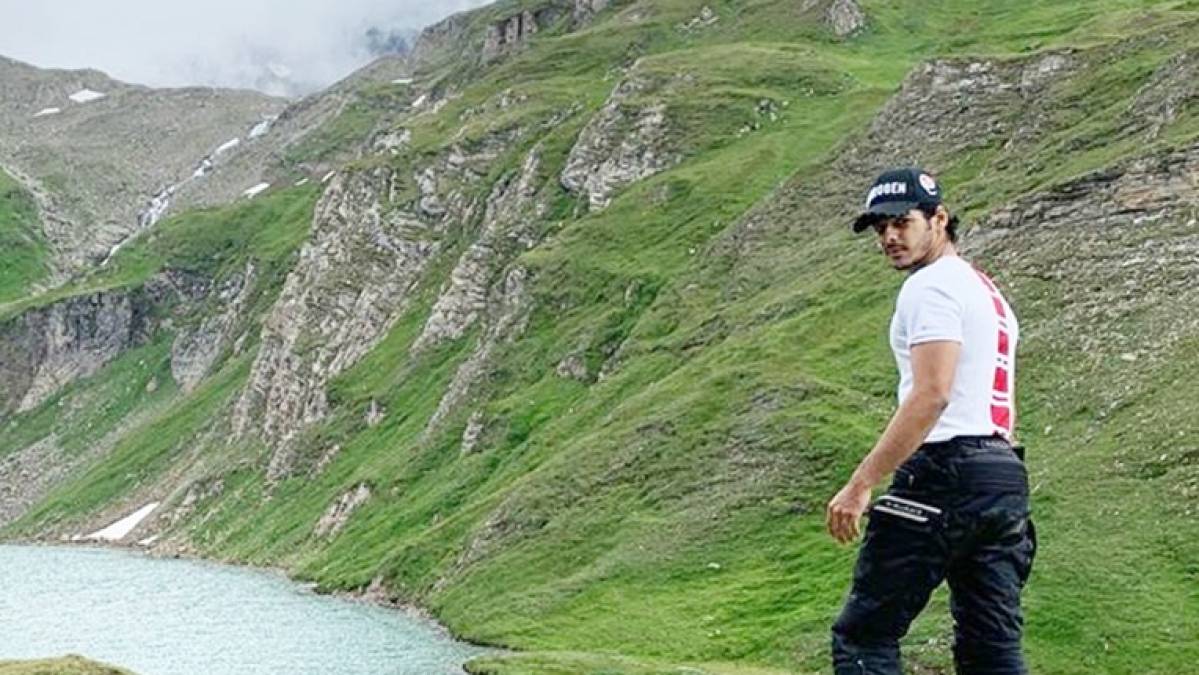 One fan tagged Marvel’s Spiderman actor Tom Holland, and wrote that Ishaan could give him a run for his money. Another broke into a meme song: “Isspiderman tumne churaya mere dil ka chain”.
After his Bollywood debut with Dhadak alongside Janhvi Kapoor he hasn’t announced his next project.

The son of actors Rajesh Khattar and Neelima Azeem, he made his first screen appearance as a child in the 2005 film Vaah! Life Ho Toh Aisi!, which starred his half-brother Shahid Kapoor.

As an adult, he starred in Majid Majidi’s drama Beyond the Clouds (2017), in which he played a drug dealer, and in the romantic drama Dhadak (2018), which was a commercial success. The former earned him the Filmfare Award for Best Male Debut.

Can Urvashi Dholakia’s Kids Manage To Get Urvashi And Anuj Together!!?!!