Kartik Aaryan is currently shooting for his upcoming film ‘Pati Patni Aur Woh’ alongside Ananya Pandey and Bhumi Pednekar. However his onscreen wife is making sure he gets all the nutrition.

The lead actor took to his social media to complain and thank Bhumi Pednekar for sending him a special pizza box.

In the picture Kartik can be seen sporting a thick moustache and donning formal wear while digging into the pizza. 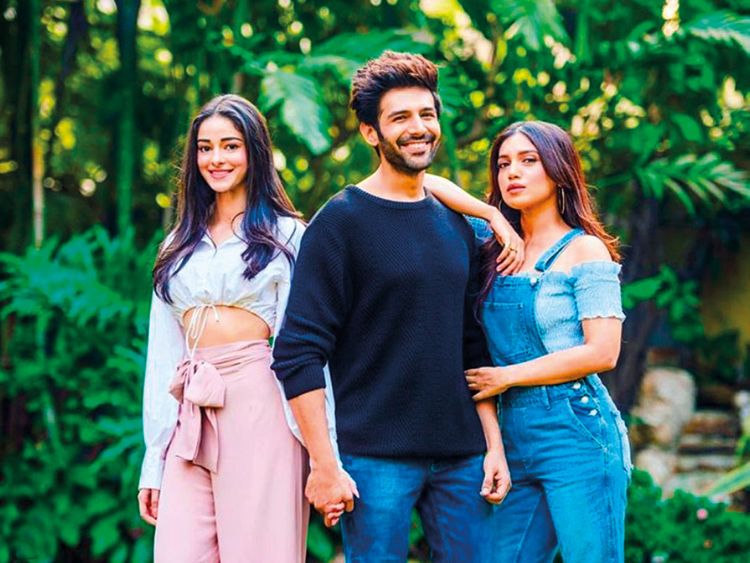 Kartik will be sharing screen space with Ananya Panday and Bhumi for the first time. The film is a remake of 1978 drama of the same name, which featured Sanjeev Kumar, Vidya Sinha and Ranjeeta Kaur in the lead roles.

‘Pati Patni Aur Woh’ is being directed by Mudassar Aziz and is slated to release on December 6, this year.

Tara Sutaria in RX 100 Not Part Of Bhool Bhulaiyaa 2